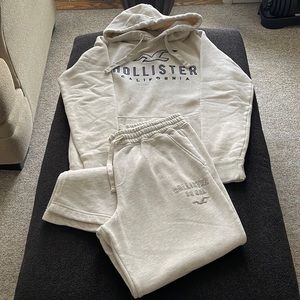 Cream color with a spec pattern, size medium for both, hoodie has kangaroo pocket and sweatpants have pockets as well, sweatpants tie at waste and are also banded
|||